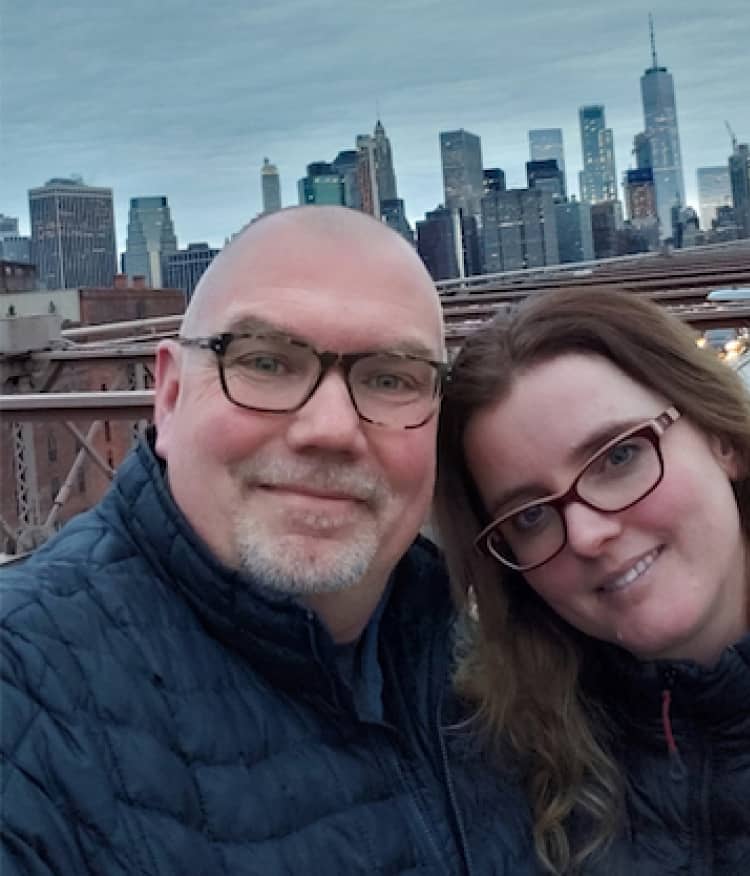 One of the big things that The North Face believes in is to Never Stop Exploring. Exploration can take many shapes. On the trail, on the road, in the wild, and even in the city. This past February I was lucky enough to travel to one of my favorite cities in the world, New York. This was my second time visiting the Big Apple. The first time there was just my wife and I, but I loved it so much this time I brought along my son and daughter.

Now New York is not for everybody. It’s true, it is the city that never sleeps. There are almost 20 million people in the metropolitan area. When I think about it that is over half the population of Canada. That is a lot of people, in a small space, and it can become overwhelming to some. When most people think of New York City, they immediately think of Times Square. Lots of lights, shoulder to shoulder people, and marketing images everywhere…a general overload on your senses. It is, but was worth seeing once, and to me, only once. But there is so much more.

My favorite part of visiting New York is just walking. With so many museums, restaurants, landmarks, and people there is never a shortage of things to see or do. MOMA, the Met, Madison Square Garden, Empire State Building, etc. I could go on and on listing all the famous things to see and do. On my first trip I was flabbergasted when I checked my pedometer at the end of our first day there, 37,000 steps. After two trips now, I realize that 30,000 – 40,000 steps a day was the norm for us. That’s like taking a 28 km hike, only in a concrete jungle.

Both times that I was there my favorite part of the trip was not shopping on 5th Avenue or getting some fancy food at a world class restaurant, although the pizza I had in Brooklyn was almost spiritual. My favorite part was Central Park. In the middle of all this hustle and bustle, is this amazing piece of land where people gather to get away from it all. People riding bikes, running, walking their dogs, skating at the ice rink, or just hanging out. It was almost the opposite of Time Square. Instead of buskers and people selling stuff everywhere, it was just people enjoying nature. I even got to play checkers with my daughter by a duck pond.

Another highlight was the Brooklyn Bridge. I didn’t get a chance to cross it my first time there, and I was not going to miss it a second time. My family thought it was a little crazy to get ”dragged” to walk over a bridge, but I was insistent that we had too. With some careful planning we took the subway over to Brooklyn to check out a local pizza joint. Again, they thought I was crazy, especially because we had to wait almost 2 hours to get in. But, as I mentioned above, the pizza was as life changing as pizza could be and was sooooo worth it. After our za, the sun was setting, and it was time to hike the nearly 2 km bridge back to Manhattan. After struggling to find the “start” of the bridge, we began the journey across. I thought it would be a stroll across a bridge with a great view of the city. Don’t get me wrong, the views were amazing, but it was the energy of everyone on the bridge that was most memorable. Couples holding hands, people biking or running, groups of tourist just having fun…everyone with a huge smile on their face. It was just fun to see. Not that I condone this, but to have a little extra fun, my daughter and I even decided to have a contest to see how many people we could photo bomb. No one was upset. In fact they smiled or laughed even more. One group we got to talking to after jumping into their group picture, weren’t even tourists. They were a group of friends from New York who lived close to the bridge, but had never walked the bridge before and wanted to.

Many people I’ve talked to would never go visit a big city, they would rather go camping. Others are the opposite, they would never go camping, it is all about the city life. As someone who has done both, it makes me appreciate both even more. You can’t beat the energy, culture, and everything that some cities have to offer. At the same token, the beauty in nature, the quiet and solitude, and the joy in finding that lost trail are equally as energizing. As summer approaches it’s the time to create some great memories with friends and family while exploring the world around us. Whether in the wild, in the city, or somewhere in between I encourage everyone to Never Stop Exploring.

We'll email you when we have sales, new products & news.

Your cart is empty.